Blockchain and IoT: a Golden Combination 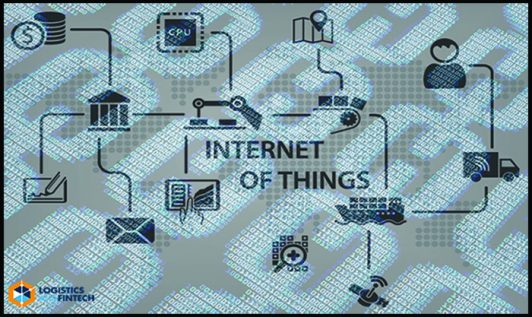 Blockchain and IoT: a Golden Combination

This post is translated from a Dutch-language opinion piece written by Ronald Teijken; first published on Logistiek.nl

Although the Internet of Things hype seems to have seen its day, blockchain is only just emerging. According to Ronald Teijken, the linking point between blockchain and IoT is where it really gets interesting.

This past February a noteworthy event took place in Groningen: the Dutch Blockchain Hackathon. No less than 54 teams with participants from countries around the globe came together to spend an entire weekend collaborating to develop blockchain applications the government, including sectors such as energy, pensions, and international trade. The fact that events like this one are quickly becoming the norm reflects the growing popularity of blockchain-based solutions. That is, the technology that offers safer, and more transparent and accountable transactions by way of a shared, distributed ledger system. Although originally designed for the financial sector, and most well known for Bitcoin, more and more organisations and governmental institutions are exploring the possibilities of blockchain within their market or sector.

The government of Dubai recently announced the start of a blockchain pilot with companies and organisations hailing from various sectors throughout the region, including Emirates airline and financial organisation, Santander Group, as well as the national government of Dubai and its trade federation and customs agency, in order to document and improve flows related to logistics and transport activities. In this way, for instance, fruit can be transported from India by air cargo to produce fruit juice in Dubai. Then the juice is sent to Spain for consumption – a chain of activities that should be carefully coordinated, and which involves many different parties.

Blockchain enables instant insight to bring transparency to every aspect of the process, At the moment there is a change to transport plans – imagine, for instance, that part of the refrigeration on a truck shipment is broken and unable to be properly regulated – participants can be automatically informed with an update that is immediately actionable.

Walmart is working with blockchain tech

Wal Mart is Dubai’s counterpart leading the blockchain initiative within the retail sector. The collaboration between Walmart and Beijing University using blockchain has helped to enable more transparent and efficient transport, sales, and tracking and tracing of food products throughout China. It is expected that this will contribute significantly to the general food safety of Chinese consumers. Blockchain meticulously records each step in the chain; changes are impossible, thus excluding manual errors that often occur in information flows and during inspection. The additional insight offered by blockchain solutions can help retailers to better manage their inventories.

According to the author, these applications could easily be adapted to the Dutch and Belgian sectors. Appearing left and right are new and promising initiatives that allow the end user to automatically enact and manage innumerable transaction forms through one simple application. Few are aware that the force driving this is blockchain, but behind the scenes, the technology is charging ahead at full strength. In addition to saving consumers considerable time, it also ensures more efficient transaction processes.

The link between blockchain and IoT

It is hardly difficult to find the link between the worlds of blockchain and the Internet of Things. By web-based linking and, for instance, the addition of sensors, information can be exchanged more rapidly between participating parties. Although the Internet of Things hype seems to have seen its day, blockchain is only just emerging, and the linking point between blockchain and IoT is where it really gets interesting. IoT mainly produces insight into data by creating a breeding ground for cognitive data – and machine learning collects, and makes available blockchain-based information that is activated by all participating parties. At IBM, IoT, blockchain, security, and analytics are all combined into one, single platform: IBM Watson. Watson is open source and operates according to open standards, thus enabling easier integration and deployment.

For more in-depth insight around this topic [in Dutch], be sure to read previous posts written by logistiek contributor Ronald Teijken on developments around blockchain, logistics, and the supply chain.